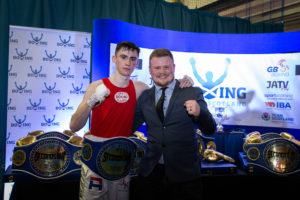 ARGO Boxing Club have fought back from being made homeless last summer to produce eight champions this season.

The Drumchapel club were unexpectedly evicted from St Mark’s Church, where the club had been based for over a decade, in August due to health and safety concerns – just as the new season was getting underway.

However the club, which was set-up in 1973, were able to overcome the potentially disastrous set back by re-establishing themselves at the aptly named Phoenix Centre.

Argo Head Coach Eddie Wilkie said: “For a wee club like the Argo Boxing Club to come from a deprived area like Drumchapel, the success it’s achieved is amazing, especially when we’ve not got our own gym.

“We entered boys into recent championships, and we came away with eight gold medals and two silver medals.

“I’m just dead proud of them all. I’m so proud of the hard work the boys put in and the success they’ve all achieved.

“I love seeing the boys growing and getting more confident, getting a bit of structure into their lives, becoming positive adults.

“In Drumchapel, there’s not really much for them to do, so that’s their main focus and I think that’s why they do so well, and it gets them connected with other like-minded youths that want to better themselves. They love it.”

Eddie said: “It’s massive achievements – especially coming from the area they do and to be representing their country.”