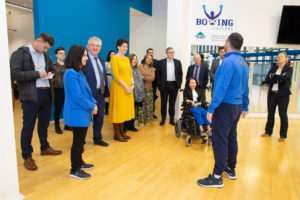 BOXING Scotland was delighted to welcome a number of MP’s and MSP’s from across the political divide for a visit to our High Performance Centre in Bridgeton, Glasgow.

The special event was to celebrate Scottish boxing’s incredible results as part of Team Scotland at the 2022 Commonwealth Games this summer.

Boxing had a proud record going into the event, being the only Scottish sport to have won a medal at every single Games, a record that stretches back 92 years.

However, history was made as three Gold medals and two Bronze medals were won to make it our most successful ever Commonwealth Games – and finish above home nation England in the boxing medal table for the first time in 60 years. 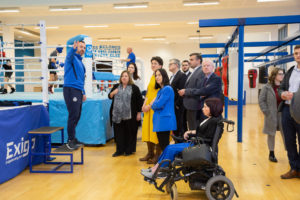 Gold medal winners Reese Lynch (63.5kg), Sam Hickey (75kg), Sean Lazzerini (80kg) and Bronze medallist Tyler Jolly (67kg) were in attendance at the event to share their story of the Games with the politicians.

The performance in Birmingham has been the crowning achievement of a phenomenal 12 months for Scottish boxing, which started one year ago in November 2021 with Reese Lynch becoming the first Scot to win a medal at the senior World Championships.

Hickey’s Bronze medal in Armenia was also the first for Scotland at a senior European Championships in 16 years. 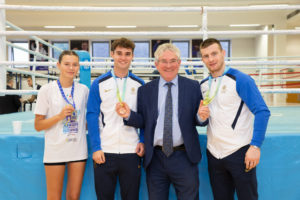 Other achievements include Jacob Naismith becoming just the 6th Scottish boxer to win a European Gold medal at any age category at the European Schools Championships in Turkey in August 2022.

Niamh Mitchell then added Scotland’s 7th European Gold in history with her triumph at the European Junior Championships in October. 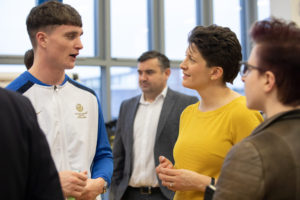 On the domestic front, this year Boxing Scotland successfully hosted our biggest and second biggest ever competitions, with the 2021-22 Novice Championships in February and the 2022-23 Development Championships earlier this month respectively, with more than 1,500 entries across the two competitions.

We also had a fantastic Elite Finals Championship in April 2022, our first in three years due to the pandemic, which was voted ‘Event of the Year’ at the JATV Live’s Scottish Boxer of the Year Awards a couple of weeks ago.

Boxing Scotland staff, including Performance Director Craig McEvoy, got to share with the MP’s and MSP’s the background for how those achievements were made and our plans for the future of the sport in this country.