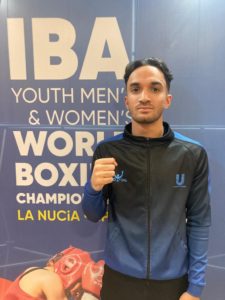 SCOTLAND’S Isa Akram will be out for revenge at the IBA World Youth Championships when he faces Puerto Rico’s Carlos Jamil De Leon Castro for the second time in six weeks.

The duo met each other in the Lightweight Final of the Boxam International Youth Tournament last month in Spain, and will do battle for a second time today in the Alicante region for a place in the World Youth Quarter-Finals.

It was the Puerto Rican who took Gold in October through a split decision in a bout which the Rob Roy boxer thought he deserved to get the nod.

But the Scottish teen will have a chance to put that result right at the biggest tournament in Youth boxing this evening at approximately 7:15pm. 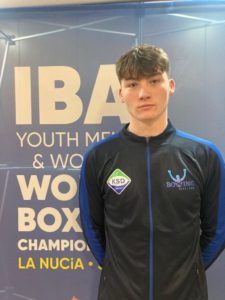 Isa is one of two Scots in action in the Round of 16 today, with Doon Valley Heavyweight Kian Govan having his first bout in the competition at approximately 1:15pm when he faces David Polak of the Czech Republic.

The duo will be aiming to join Renfrewshire’s Aaron Cullen in the Quarter-Finals, after the Bantamweight comfortably defeated Moldova’s Ilie Argatu by unanimous decision yesterday.