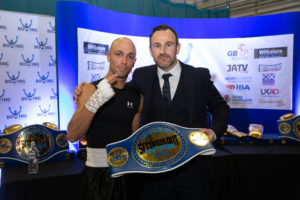 NORTH Glasgow’s Steven Ferguson has thanked the club for helping to turn his life around.

However, a few years ago Steven was in a very different type of fight as he battled drug issues and found himself in and out of prison from the age of 17.

Steven, originally from Rutherglen, would spend five years going back and forth to jail, with his longest stretch being a 22-month sentence, before going to rehabilitation in 2014.

It was there that he would discover boxing and start to turn his life around.

“They would take me once a week to a boxing group in a gym and it was a therapy thing, you would go and let off a bit of steam,” said Steven, who also won the Boxing Scotland Elite Flyweight title in 2019.

“A guy would take you on the punchbags and the pads and he used to say to me ‘you maybe have something here if you stick with this’.

“It was only once a week, but I enjoyed it. It kind of took me away, it was an escape at first.

“Since I started, the coaches have stuck by me through everything.

“They know about my past and they push me to my full potential.

“Since I’ve been there, I’ve been successful in winning Scottish Elite titles. I’ve won two titles in the last couple of years.

“For me, it’s a massive achievement and for the club, it’s a great achievement.

“It gives me a whole purpose.”

Steven explained just how bad his situation was in his younger years with alcohol and drug use and a decline in his mental health.

Things started to turn around for him when he was able to live for more than a year in Jericho House, which is a 16-bed residential rehabilitation unit in Greenock for males with a desire to recover from drug addiction. 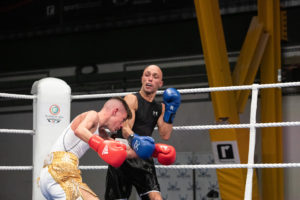 “Since I was 17, I had been trying to get help. I would go to alcohol and drug counsellors and that kind of stuff because I knew my mental health was getting worse as well,” Steven told the Glasgow Evening Times.

“I had made attempts to take my own life because I was in quite a dark place. I had been in and out of hospitals as well, due to taking deliberate overdoses and self-harm.

“At the time, I didn’t want to be living anymore.

“If I was in prison my life would get better because I would get healthier. But by the time I was back out again, I was always going back to the same cycle of taking drugs and doing all the things I was doing, and it would just lead me back into that hole.

“I worked with this woman, and she would come out and see me when I got out of prison. She was the only person that stuck by me and would come see me every week consistently, regardless of the state I was in.

“One day I got to a stage where I was sick and tired, and I said to her ‘I can’t do this anymore’ and how I would like to try to find somewhere I could go.

“She found me a treatment centre in Greenock, and I went there.” 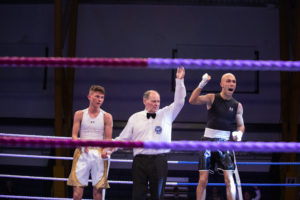 Glasgow City councillor Robert Mooney has praised North Glasgow Boxing Club for the work they do to assist the community of Milton.

Robert said: “The club is vital for the well-being and mental health of many local young men.

“John Reid who runs the club does an amazing job for the community and should be congratulated for giving many of these young men the opportunity to make the most of themselves through very difficult times, and for many, keeping them out of the reaches of drugs and crime.

“The young men who take part should all be proud of what they have achieved.”

For anyone who is struggling with their mental health, please visit SAMH – SAMH is the Scottish Association for Mental Health | SAMH