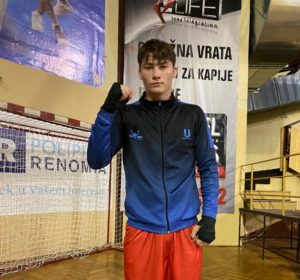 HEAVYWEIGHT Kian Govan made it two Scottish boxers into the Finals of the 40th Golden Gloves of Vojvodina Youth Tournament in Serbia after a 1st round stoppage.

The Doon Valley boxer will go for Gold after taking less than three minutes to stop India’s Abhivardan Sharma in their 92kg Semi-Final.

The teenager forced two standing counts in the opening round before the Indian corner waved the bout off.

The first came after a flurry following a couple of straight right hands, while a big left-hook caused the second count and ultimately the end of the contest soon after.

Govan will face another Indian opponent, Bharat Joon, in the 92kg Heavyweight Final on Sunday. 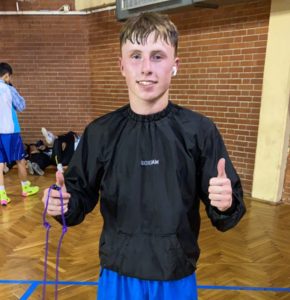 The big Scot joins Aaron Cullen in tomorrow’s Finals, who will box the Bantamweight 54kg Final against India’s Ashish.

The Scot controlled the bout with his jab and his footwork, landing a number of straight right hands throughout the contest.

He also had his opponent down in the third and final round, although the referee ruled it as a slip.