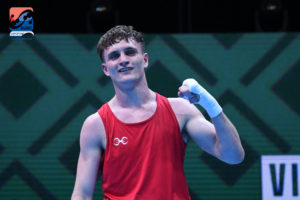 TEAM Scotland have officially unveiled the eight Scottish boxers who will be competing at the 2022 Commonwealth Games in Birmingham next month.

The boxers are part of 50 athletes named by Team Scotland today from seven different sports to mark 50 days to go until the Games.

The six boxers who competed for Boxing Scotland at the EUBC European Men’s Boxing Championships last month are all included in the squad. 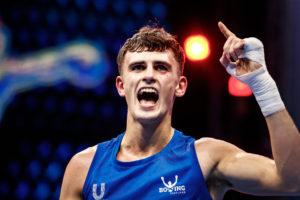 This includes Lochee Middleweight Sam Hickey, who will be looking to build upon the Bronze medal that he won at the competition in Yerevan, Armenia – Scotland’s first for 16 years.

Also named is Hickey’s fellow full-time GB Squad teammate Reese Lynch, who himself secured a medal at a major competition in recent months.

The Rob Roy Light-Welterweight won Scotland’s first ever senior medal at a World Championship with a Bronze in Belgrade, Serbia in November 2021.

Lochend Bantamweight Matthew McHale will be aiming to join the pair by securing a medal at a major competition, after losing the closest of decisions at the Europeans to former two-time Olympian Manuel Fabrizio Cappai of Italy in the Quarter-Finals. 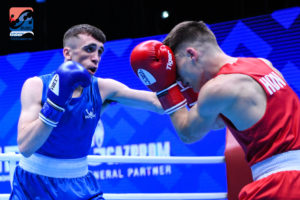 Light-Middleweight Stephen Newns makes his second appearance at a Commonwealth Games, after competing at the Gold Coast Games in Australia in 2018.

The Cleland boxer just missed out on securing a medal four years ago after losing in the Quarter-Finals, following two victories in the preliminary rounds against John Moleni of Tonga and Anguilla’s Curlun Richardson. 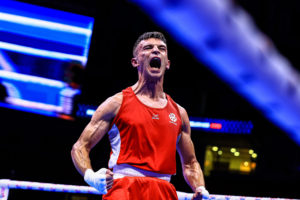 Welterweight Tyler Jolly (Bravehearts) will be looking to add a senior medal to the Commonwealth Youth Games Gold medal that he won in the Bahamas in 2017, the last Scottish boxer to do so.

The lightest competitor in the squad will be Flyweight Lennon Mulligan. The Rob Roy boxer has competed at both the World and European Championships in recent months.

Lightweight Megan Reid becomes just the third female boxer ever selected for a Commonwealth Games by Scotland, after Megan Gordon 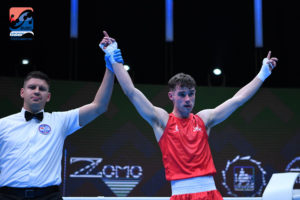 and Vicky Glover in 2018, and will be aiming to become the first ever Scottish female medallist.

The Leith Victoria boxer has already made history this year after becoming the first female competitor to box at three Women’s World Championships events when she competed in Istanbul, Turkey – following appearances in 2018 (India) and 2019 (Russia).

Lastly, but certainly not least, is Scotland’s heaviest competitor in the competition Sean Lazzerini, with the Light-Heavyweight also making 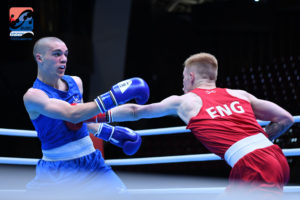 his second appearance at a Commonwealth Games after competing in Australia four years ago.

Sean is also one of only three Scottish boxers in history to win a Gold medal at the Commonwealth Youth Games with victory in Samoa in 2015, alongside fellow 2022 squad member Tyler Jolly and the last boxer to win a medal at a Commonwealth Games for Scotland, Middleweight John Docherty.

That Bronze medal from Docherty in Australia in 2018, along with the 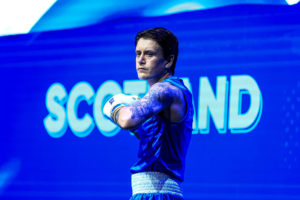 Bronze won by Flyweight Reece McFadden, helped to ensure Scotland’s 92-year record of securing a boxing medal at every single edition of the Commonwealth Games, with the newest Scottish boxing squad tasked with ensuring that mighty record continues this summer in Birmingham.

Team Scotland Chef De Mission Elinor Middlemiss said: “I am delighted to welcome another 50 athletes to Team Scotland, taking our total selected so far to 119.

“What a special way to mark 50 days to go to the Games. 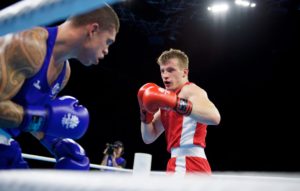 “It is a real honour to represent Scotland and I am really pleased for the athletes who have been selected.

“There is a real depth of experience and potential in this squad, and I have no doubt that our more experienced members of the team will actively support those who are making their Games debut.

“The excitement for Birmingham 2022 is now really starting to build and I am really looking forward to watching our athletes in action this summer and hearing the roar of support from our fans in the stands.”